Karma comes from the Sanskrit term that, roughly translated, means “action” or “deed”. Yoga is a spiritual discipline focused on the harmony of mind and body. Karma Yoga differs from other yoga in that it’s not about your practice in the studio. Instead, it’s an active form of yoga that hinges on what you do, in your real life as you go through your day.

You’ve heard the term “karma” before. It’s often used when someone does something rude and then gets payback shortly after. For example, the person who cut you off gets pulled over on the next block.

Karma Yoga takes that philosophy out into the world in service of others and building good karma, rather than bad.

Karma Yoga suggests that we … act with an attitude of selfless service, without any anticipation of credit or result. — Ekhart Yoga

Karma Yoga comes from the classic schools of yoga. It’s the concept of taking the philosophy behind yoga and putting it to action in real life.

With Karma Yoga, with an understanding of how your actions impact the world, you purify your heart. You act selflessly in the service of everyone. It’s about compassion and kindness with no expectation of reward.

True selflessness — and Karma Yoga — is stepping outside of one’s ego. This brings us a step further toward enlightenment, to a greater understanding of what it means to be there for others.

Look at most professions that require servicing others.

The connection is that these people forgo their needs. Nursing, teaching, and parenting, for example, each asks you to step outside yourself. You act out of pure intentions, connecting with a picture of bettering the world. It’s often thankless but helps many people.

The Bhagavad Gita (a famous Indian poem) tells of a path to purify the mind which ultimately leads to the liberation of the spirit. It explains that the expectation of gain for one’s action only brings suffering.

True Karma Yoga is serving without considering any potential payback.

This is where we step outside the ego. There is no other or more virtuous path to Karma Yoga. Keep in mind this practice teaches that ALL action is necessary for finding the spiritual path.

Volunteering at a hospital or delivering meals, certainly an example of Karma Yoga. But it’s as much about attitude, as it is the act itself.

Perform the right way to the best of your ability, but surrender any attachment to the outcome.

Selfless action is akin to prayer and connection to the divine. Let go of selfish desire, accept one’s duty in life to servicing others (your dharma). This is key to Karma Yoga.

How Do I Apply Karma Yoga In My Life?

Service can be a powerful means of releasing yourself of your ego, learning to act from pure intentions, and connecting with the bigger picture. — True Nature Travels

Embracing Karma Yoga is helping a neighbor, going abroad for global service, feeding the poor. It’s making selflessness and service an everyday part of your life.

Commit yourself to a local charity. Take your talent and find a way to use it to support others or to bring joy into the world. Spread a light of hope and share your life with your fellow human being.

Become a part of your community and get to know the people you serve.

Putting a face to the people you’re helping fosters a deeper connection and makes it easier to step outside of the ego. When you physically see the person, it becomes much easier to help for the sake of helping and let go of any selfish or guilty feelings.

Stepping outside your ego is important to Karma Yoga and knowing the people you help strengthens that. It reminds you to serve because it’s important to others.

It’s important to note that you don’t need to hate what you do because this is not a punishment. It’s actually great if you love serving others. Just ignore the egoic desire for praise.

By developing meaningful relationships, you live through the lives and stories of the people you serve. Be humbled by their experiences. Reinforce the idea that Karma Yoga is more than a practice. It’s a way of life.

Here are some examples of how you can apply karma yoga today:

I’m sure you can think of many more examples to do as you’re going through your day today. Just be conscious of opportunities and act on them with no expectation of praise.

What Is Karma Yoga In The Bhagavad Gita?

Through selfless service, you will always be fruitful and find the fulfillment of your desires: this is the promise of the Creator… – The Bhagavad Gita, Chapter 3

The Bhagavad Gita is one of India’s greatest epic poems and has influenced the practice of yoga and Karma Yoga since it’s inception.

In the context of paths to realization, the Bhagavad Gita doesn’t represent a philosophy. It is a practical handbook to action and self-realization.

The foundation begins with the selfless act and is born from Brahman. Brahman is the birthplace of all forms in visible reality. Better known as the source of all creation or life force.

Indulge in pleasure for pleasure’s sake or ignore the needs of others and you’ll never be fully satisfied. What we want to achieve is joy and fulfillment. And this can be achieved through Karma Yoga and the performance of selfless acts for others.

We can make a difference by practicing Karma Yoga. — Seattle Yoga News

Use ordinary action to see how everything you do affects the world. Live in self-awareness and nourish your path to the universe. Being kind to yourself and taking care of yourself isn’t selfish. The old saying is if you’re not good to yourself you’re no good to anybody.

Your authentic self has to be front and center at all times. Easier said than done, yes, but possible. Societal norms have left many of us scared to show our true nature. We fear ridicule or being taken advantage of. But when you are yourself, you raise the bar of collective consciousness.

There aren’t many communities that truly appreciate nature and her resources. Neglect is common. Exploitation is prevalent. Next time you’re using a natural resource and being wasteful, consider those less fortunate around the world. Limited access to clean water, the ravaging of rain forests, carbon emission, all impact everyone. Be aware of how you use resources. And be aware of how fortunate you are.

Selfless acts don’t have to be grand. You don’t have to donate all your time to volunteer work or give thousands of dollars to charity. You can give a few hours a week to the hospice. Donate old clothes or furnishings. The world benefits from you being honest and human. Lend an ear to your doorman, help a senior citizen with their groceries, these are all contributions.

Being positive is much easier said than done. However, by staying positive as often as possible you not only help yourself, you help others. It’s hard to serve when you’re bitter and angry.

You never know what another person is going through. So when you meet someone that’s rude, cuts you off, or says something unkind, instead of getting angry and adding fuel to the fire, smile and wish them well. This not only encourages kindness but helps you avoid anger. Anger, as Buddha says, “holding onto anger is like drinking poison and expecting the other person to die”.

Karma Yoga is the taking of the things you do every day with other people, of service, things like that, and making those all into an offering. — Love Serve Remember Foundation

The small acts, no expectation of reciprocity, and being positive, this is Karma Yoga. Build on this thinking and these acts, take note of how intentions weave into action, and practice Karma principles in your daily interactions with others. Karma Yoga is stepping off the mat, into the world, and making it better. 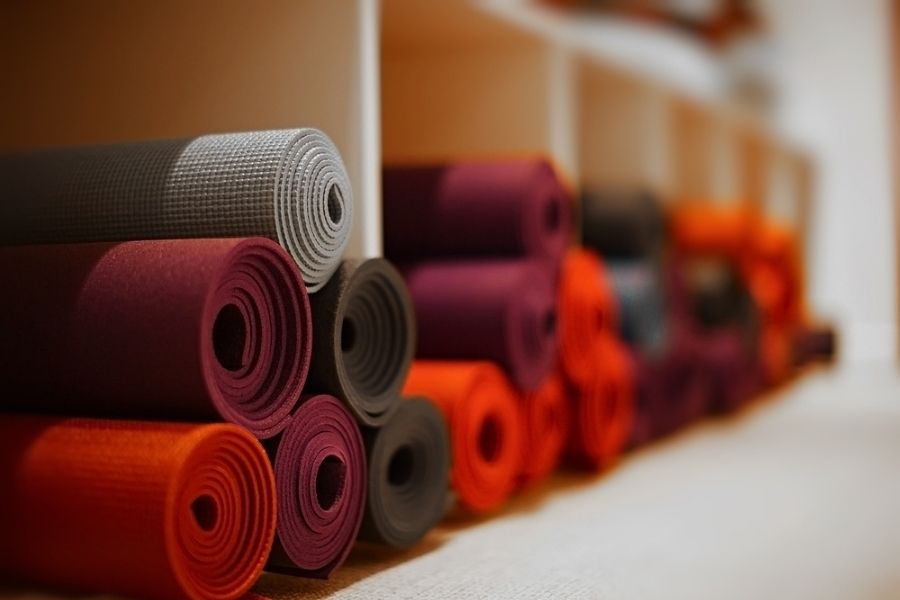 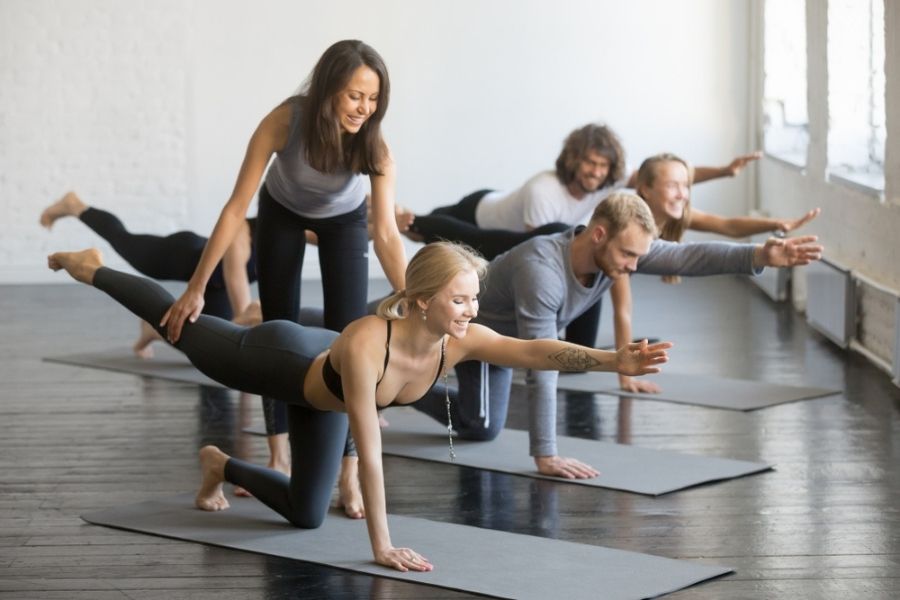 Maybe you’re here because you think you have what it takes to be a yoga instructor and you want more information. Maybe you’re new to

Stress can have various health consequences, and children rely on the environment set by society for their physical and mental development. Yoga can act as 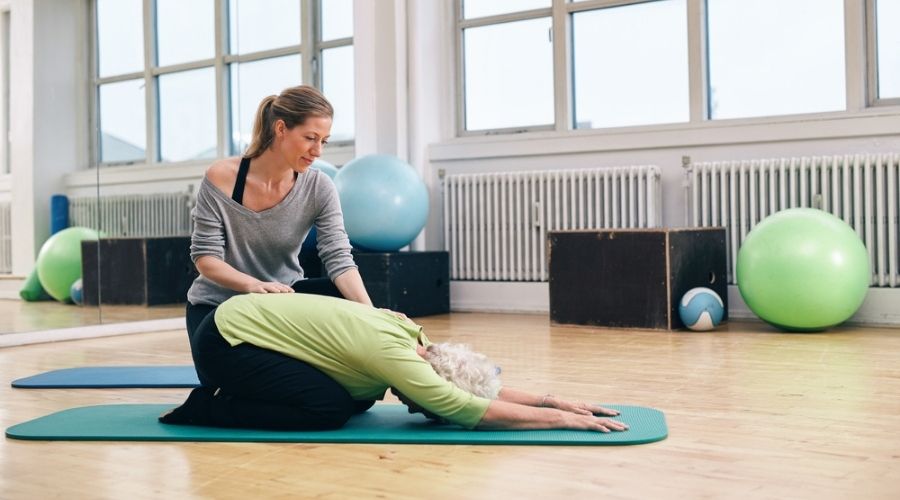 Yoga therapy uses yoga practices like poses, breathwork, and meditation on a gradient to help you heal mentally and physically. And if my predictions are 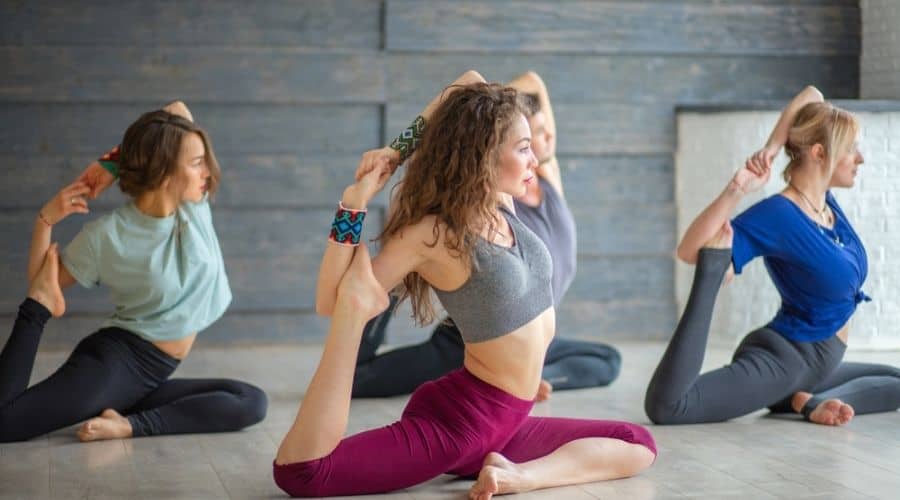 Yoga pants and leggings ultimately look pretty similar so what’s the difference? Well, yoga pants are considered fitness or activewear while leggings are designed to